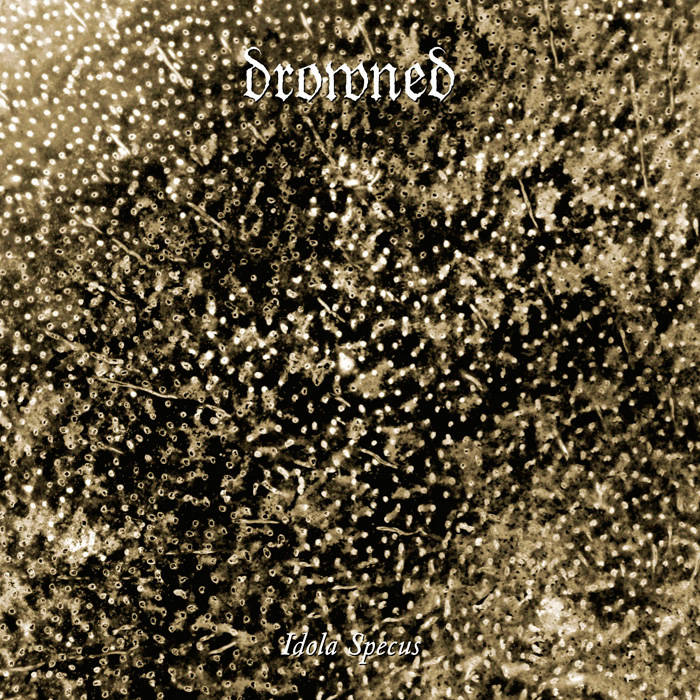 Vinyl and CD versions are available from www.sepulchralvoice.de and distributors all over the world.

›Idola Specus‹, recorded in spring 2014 and released by Sepulchral Voice Recods on July 25th, marks the first full-length album release by a band that was originally founded 1992 in Berlin and has since gone through a good number of demos, line-up changes, split-ups and long comatose intervals. Containing material written over a period of roughly six years and introducing new members T2 and G, it takes up the torch from where Drowned left off with their mini-album ›Viscera Terrae‹ in 2006.

The purpose of ›Idola Specus‹ is not to present a rehash of times begone, but to add a valid statement to the gospel of Death Metal as it was meant to be played. Emanating an aura of surreal morbidity with hints of doom and prog, ›Idola Specus‹ is as esoteric and introspective as it is dark, heavy, and raw.

Measured by any existing standards, ›Idola Specus‹ is one of the most important and impressive Death Metal albums of 2014.
— Luxi Lahtinen, www.metalcrypt.com/pages/review.php?revid=8815

At a mere thirty seven minutes in length they have created a lean, focused and terribly engaging work with ›Idola Specus‹, one that will speak to any follower of the more obscure paths of heavy metal while also appealing to modern tastes. Elegant, eerie and potent, this is more than worthy of your time and money.
— Andrew Cunningham, www.metalireland.com/2014/08/03/drowned-idola-specus/

This album is a great example of music being performed in the limits of a particular music style but showing you something new at every turn. The album has so much material in it, it keeps us interested for numerous listens ahead. If you are looking for the death metal album that made you worship this style of music in the early nineties, or if you just wanna find out what the hell is all this fuzz about old-school death fucking metal, this album will give you exactly that, with updated production. Only Death Is Real.
— Antti Mikonmäki, destructive-music.com/2014/09/09/drowned-idola-specus/#more-15268

Remember to hold your breath before wading in.
— wonderboxmetal.wordpress.com/2014/10/14/drowned-idola-specus-review/

Bandcamp Daily  your guide to the world of Bandcamp

YUNGMORPHEUS introduces his latest project, plus jams from Michael Sneed and Navy Blue